‘Fatigue makes cowards of us all’ (Vince Lombardi)


You have heard all the words before “Man up” “It’s only weakness leaving the body”
This is the mentality of people who do not understand the high intensity level requirements of MMA, Karate or other martial arts fight, where everything is as close to sub maximal as you can get for high intermittent bursts before you back off quickly rest and go again.


Many fighters, coaches and fans are still champions of the long endurance type training and continue to train this way, there is no wrong or right way but do we run in our sport NO so why train for an endurance event.


Firstly to train for MMA you need to look at the specific energy demands required by the sport and the intensity at which you a fighter is required to train and fight. The body reacts differently to demands placed on it and energy systems used biologically are varied.


As stated endurance work does not reflect the sport in any way, owing to the metabolic demands of the sport, high intensity burst of training are more appropriate, with short specific bouts of rest this best mimics the metabolic and oxygenic requirements.


How does this help you, by training this way and matching the metabolic expenditure in the fight you will be less fatigued as your body is better prepared to deal with the demands of the competition.


One way of preparing the body is to conduct metabolic conditioning circuits, which need to be done in three parts – General- Special-Specific.
General- for example Hammer curls with a dumbbell this is targeting the muscles used when throwing hammer punches
Special- Band hammer curls sixty reps in thirty seconds.
Specific- one arm band hammer punches on a dummy from the mount position.

How can we make this harder for the fighter, well we can pre fatigue the fighter by using high intensity burst of exercises over a set time or reps ensuring they are done as fats as possible, these will be completed in sets from 45 seconds-90 seconds in duration.


We then progress to the more specific sets which will mimic the last round effects the body will be going through, this also helps the fighter concentrate on the technique, power, positioning when he is tired so he gets full effect from the training.

Keeping with the hammer curls (upper body) how do we pre fatigue it. A quick exmple of an upper body blast would be
1. 20 wide arm press ups
2. 1o box press ups each side
3. 10 diamond shape pres ups
4. 10 clap press ups
Please note these should be done as fast as possible and the elbows should never lock out, the exercises should be done in order for about 4-6 sets with a minute rest in between, we then progress onto the desired strength and conditioning exercises.


Don’t be scared to experiment with exercises and sets in order to progress your fighters or progress as a fighter.
Remember the smarter you train the better you perform, training is the easy part the hard part is ensuring you rest properly as this is where the adaptation begins. 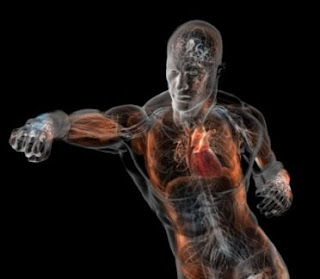 a little more of Ben


Sarah Robertson came to me a few years ago with dilemma and a challenge, having only been a 5k runner for a number of years, the initial consultation went along these lines:

S-“I haven’t trained in 8 months owing to a double ITB problem as in both legs have been written off by the physio”
Me- “So you need a rehab programme to get you on the mend before you start training for your 5k events”
S- “kinda, I want to run a marathon”
B- “okay no problem when are you looking at”
S- “That’s the dilemma”
B-“Why”?
S-“It’s the Jersey marathon and it is in six weeks”
B- “oh”

So based on that we discussed the challenge and despite trying to persuade her to wait a while, we started the programme.
Sarah posted 4hours 45 minutes for her first attempt which given the injury and time period for training was a great effort.

From there a relationship between Coach and athlete grew, with Sarah coming up with more little goals in between her main goals. Remembering her only goal was to do 1 marathon, in her first year we completed three marathons and a number of 5 and 10k events with a half marathon for good measure.

Year 2 was the laughable one “I will just concentrate on half marathons this year”, that lasted all of two minutes when I heard “Will you train me for an ultra”? (An ultra marathon being any distance beyond marathon distance.)

The good thing was Sarah trusted me with regard to her training and despite many of her peers and fellow runners telling her it was all wrong, “runners don’t train like that” we kept going.

Sarah was introduced to Olympic lifting, kettlebells, sledges, trx, tyres, weight vests, hypoxic training, TUF (technique under fatigue) and so much more. Her running style and programme completely changed introducing hill reps, sprints, working the curve in reverse doing speed power then endurance. Most of all she was asked for constant feedback which was something new to her! 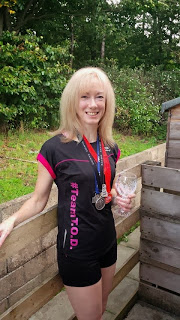 Running a marathon was an ultimate goal. It scared the hell out of me but I wanted to try it just once. Sure, I could have downloaded a training programme from the internet but I knew I needed a bit more of a ‘push’ – and I had a few wee injury niggles to resolve. I needed some help with this challenge.

Having trained previously as part of a group instructed by Brian, I knew he had the mix of knowledge and motivational skills that would get me through. And he did. There was only one ‘problem’.

He made this and other challenges seem achievable. It seemed logical after a few marathons to look to other challenges and I wondered how far I could go, could I complete an ultra marathon? After my first 53 mile race, we found out – yes, I could. My goals change and evolve because I gain physical strength and mental confidence from training with Brian.

We have now completed two competitive years and I have had no injuries to hamper my training. Yes, training can be hard work sometimes but he also makes it fun too and the results are worth it. Brian makes me realise I can achieve more than I ever thought I could.

Her strength exercises consisted of the following basics, with a variety of others at different stages of the programme. 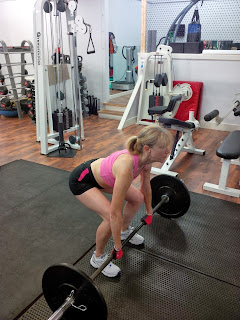 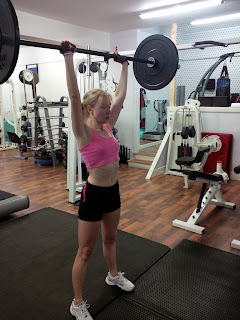 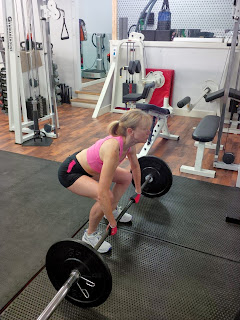 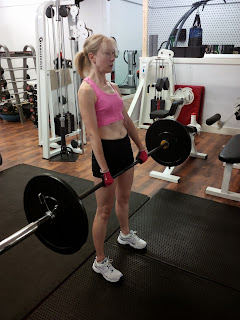 Another strength and speed exercise targeting the lower back trapezius, quads, hamstrings and glutes

The squats are a great strength exercise and target the quads, hamstrings, hips and lower back 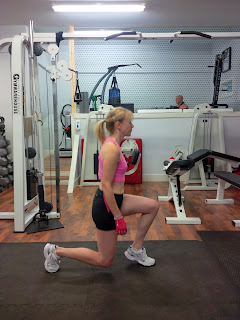 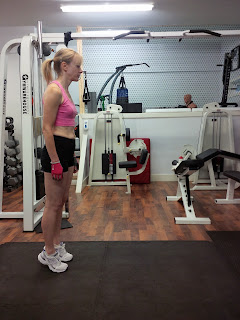 This exercise - a variety of a standard lunge - is not vastly used but is great for strengthening the vastus medialis muscle which helps to align and track the kneecap properly. If you strengthen this muscle it can help prevent runners knee/knee pain.

A variety of the Gun drill exercise 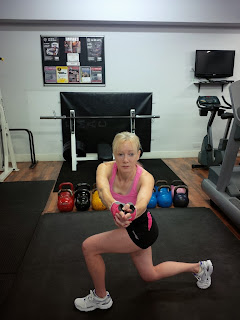 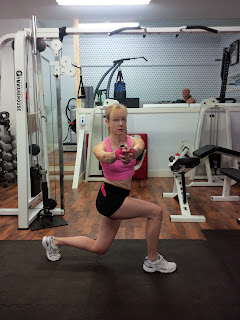 Plyometric exercise aids running economy and all runners should incorporate single leg exercises into their programme, the additional benefit of this type of jumping lunge is the rotation of the torso which helps promote stability in the abdominal and lower back areas. 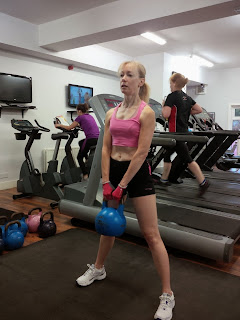 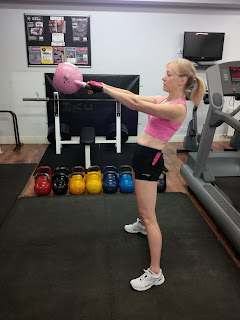 The kettlebell swing is both a strength and power exercise. The swing strengthens the back, shoulders, torso and posterior kinetic chain, It also promotes functionality of the body as in it works as one unit rather than isolating the muscle groups. 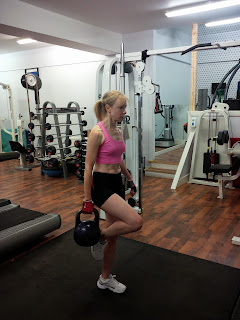 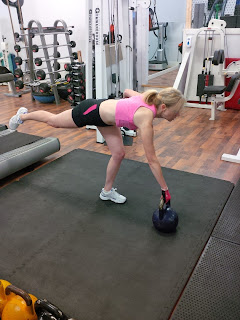 Targets the posterior chain and torso , inclusive of hamstring, glutes and erector spinae which help with posture , which are also involved in running, and jumping, they are responsible for generating hip and back extension power. Aside from the performance and posture promotion, keeping these muscles in good shape is also important for injury prevention.

Since the initial programme Sarah has competed in over 13 ultra marathons (ranging in distance from 33 miles to 95 miles), marathons, duathlons, x country events and is one of only five women in Scotland to have completed five ultra races in the 2013 Scottish Ultra Marathon Series.

What will next season bring?